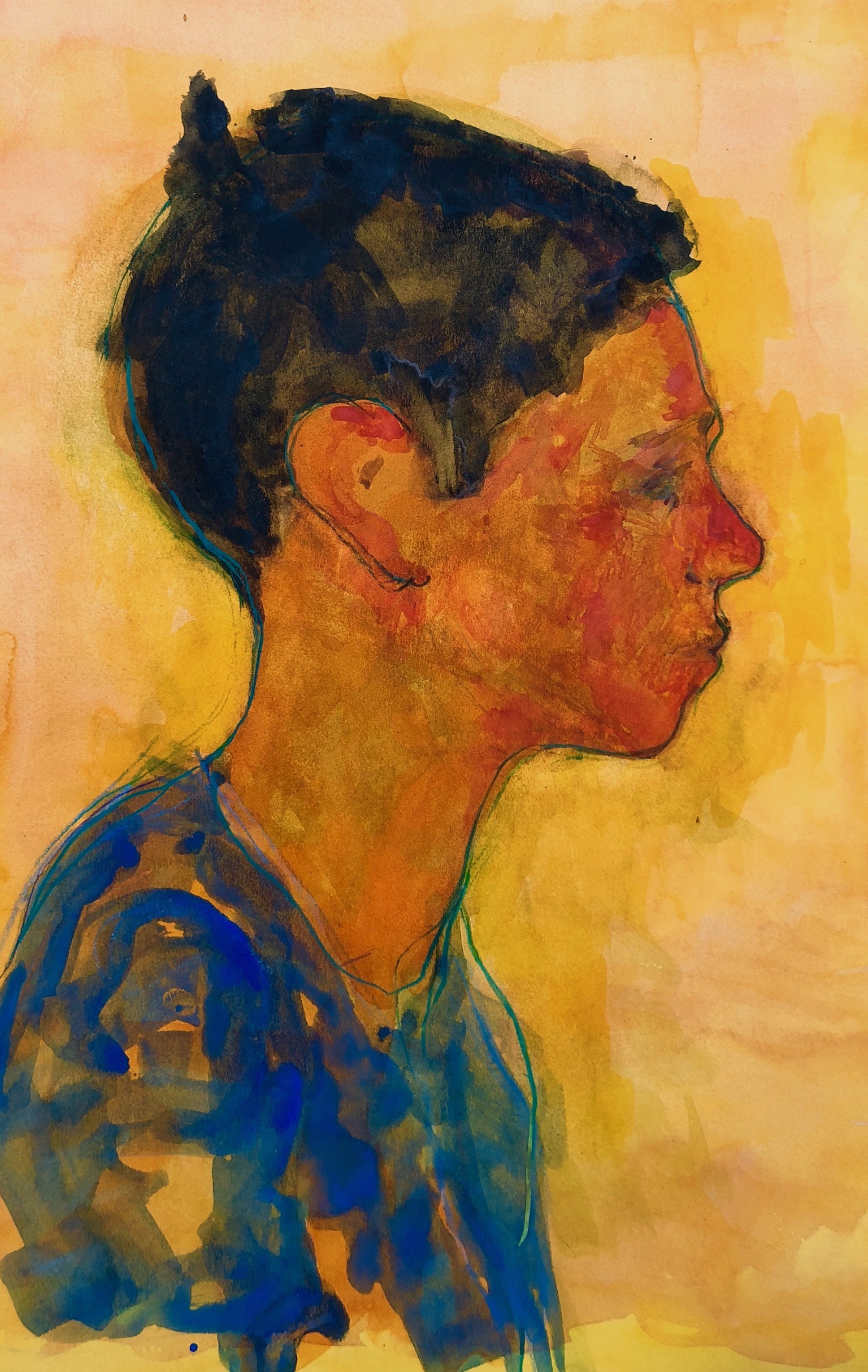 Félix Santamaría is 12 years old, and he is already learning to navigate the world of intergenerational strife. His grandmother is a devout Catholic, a poet, and one who serves a higher calling. His mother heeds the call of the Academy. She is a professor of gender studies who has trained her professional life towards distilling Catholic icons down to their patriarchal reliquaries. Together, they cast forceful and conflicting spells upon Felix. From this oppositional push and pull, Felix finds solace in killing ants, visiting the local frutería, and the otherworldly abilities of the greatest basketball player of all time. He gazes daily upon his poster of Air Jordan, and his dreams take flight . . .

Ignacio Manrique is an artist who works from direct observation, and he is one who observes with lights dimmed and eyes closed. In the half-light of his dreams, Manrique renders spiritual forms with anatomical rigor and records respect for the seraphic with childlike glee; El Divino Niño de Bogotá must be nothing more and nothing less than the magical realization of a young boy’s reverie. Portraits of Félix Santamaría is an exhibition of cinematographic drawings made real through the medium of dreams.

Ignacio Manrique was born in 1987 in Bogota, Colombia and currently lives in Iowa City, Iowa. He earned a BFA in Studio Art (2015) and an MFA in Painting and Drawing (2017) from the School of the Art Institute of Chicago.

Félix Santamaría had only been asleep for three hours when he awoke, startled by the violent sound of his own name, spoken by his grandmother with the anger of an angel. He had been dreaming of a bull girded with a white linen sash. He was lowering his head as if to offer one of his massive horns. Félix faced him, holding a white stone in one hand and in the other, one of the horns of the great black bull. The touch of it was an electric fear, until his eyes opened and he saw Abuelita, bent over him like an ancient hen in her white nightgown. Her voice was lifted in the way of her ancestors, and she spoke his name, Félix, suspending a red crucifix over his face. She started a poem and he closed his eyes again but with a wild fury Abuelita sat him up in the bed and whispered that this was the night of reckoning for the dragon coiled around the soul of his mother. The hour was at hand for the spirit of Jezebel to be cast down. Félix crossed his legs, and shifted but Abuelita saw his fear said he didn’t know anything because he was twelve and didn’t listen, and only cared about his Michael Jordan shoes— but that the day of deliverance for her daughter had come. Abuelita had called her Mijita, which she always did when she was about to cry because she was her only daughter.

The old woman meant to cast out the ancient serpent and he, Félix, was to follow behind her and pray. She handed him her dirty rosary, which had belonged to his great grandfather, his bisabuelo, another Félix. Looking down, he thought viejita loca as he took the beads and smelled the sweat of his grandmother in them— he smelled the garlic and the gasoline and remembered they used to be white.

“Vamos,” Abuelita said, but she did not move. Her eyes were closed and she was speaking Indio, so Félix looked at her cheek, its silver hairs moved with her mouth in the light of her dark flesh. He stared until she opened her eyes and told him that she had washed the computer clean in the water and in the Blood and that the time was ended for his mother to be a blasphemous crown. She had said this in anger and Félix had looked away. The computer was where his mother wrote her book which Abuelita said was shit and evil and blasphemy. Mierda! Mierda carajo!

But she said the Woman would crush his head and his mouth. Woe to her daughter for crawling on her belly with the worm whose every word was mentira and blasphemy and shit, carajo.

The book was about a theory called Gender the name of which would make Abuelita go red in the face and yell in Spanish, but he didn’t get what the big deal was. Sometimes, after sitting in the Church with the viejitas, in front of the Bread which she said was Jesus, she would come home and tell him the name of a book to steal from his mother because it was bad book. She would have done it herself but she was not allowed to step foot in the study or she would be sent to a home and they would put her down like a dog because the gringoes killed old people like they killed babies.

His mother also had many pictures in her study which Abuelita had told Félix not to look at, or he would poison his eyes. He looked anyway and often for a long time in the same way that she looked at the Bread which she said was Jesus. Instead Abuelita showed him pictures in her own books and even though it occurred to Félix that she was crazy as hell sometimes, she knew the stories to all the paintings. One day he had asked her about one of his mother’s pictures of a lady that was a man with a lifted skirt, but Abuelita had not told its story. She had become livid and yelled for a long time while sprinkling salt on the stolen books, before they took them to the lake to be destroyed by water.

But this time Abuelita had destroyed her book, she had said the water and the Blood had washed it clean from the computer. Felix was sure it meant she would have to go to the gringoes.

Sitting on the edge of the bed, the brown crinkled woman kept talking, fiercely, as if to herself or to the cross, her eyes burning the darkness of the room. Félix imagined her escaping and hiding out with the viejitas and the cholos. She would have to lay low and he would visit her in secret. He would bring her blood oranges and sugar and her books. But there would have to be a secret code. Then pictured her at the home with the gringoes, she was punching a nurse when he tried to inject her with medicine. He saw her plotting an escape with the other old ladies—she would feign death like that Count in the story.

Gradually, his mind began to get quiet and the pictures stopped but when he looked across his bed, through the dark of his room at the crimson shape in Abuelita’s hand, he felt the heat of her body as of a fever. He looked at her face, and saw that the whirling fire in her eyes was now becoming dark, like a black ember that burned so hot the light stayed inside and turned purple. Félix eased the grip on the brown beads and lifted his head to hear the end of something like a poem, half chanted in an embarrassing English.

La Virgencita told us the sun would dance
and it did
for she was clothed in that dancing sun.

Then she turned to him and put the crucifix before his face, which seemed to him like a red kite, like a bird he had once decided to kill. And she said to him, “Levántate, Félix de mí corazón. Levántate niño, que es la hora del Señor! Aquí al final de toda historia!” Then she pulled him out of the bed, and with one hand outstretched in blessing and the other gripping the red and strange cross, she processed slowly towards the room where her daughter lay sleeping— while Félix, barefooted, the rosary hanging from his hand, trailed behind her in fear and wonder, as she chanted, 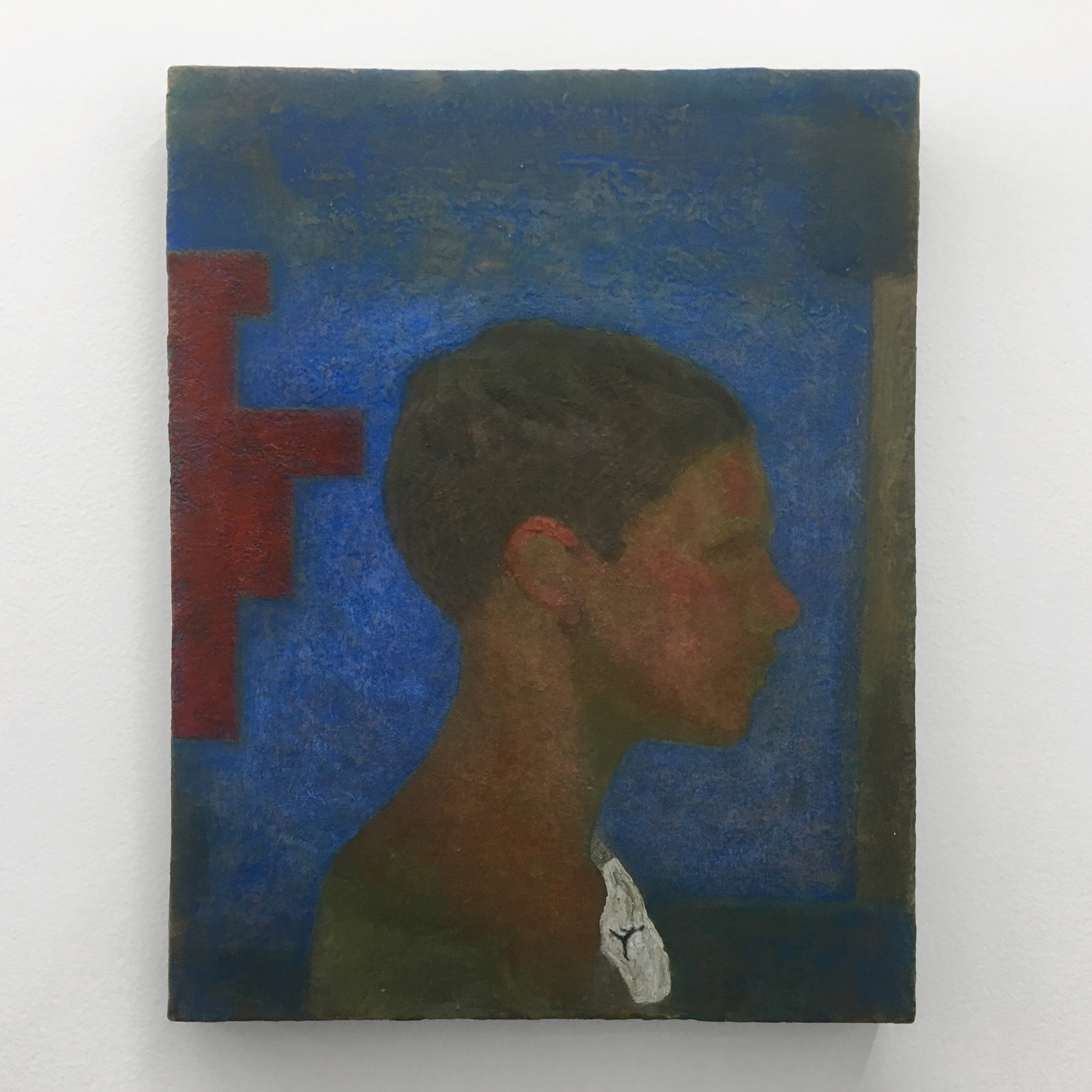 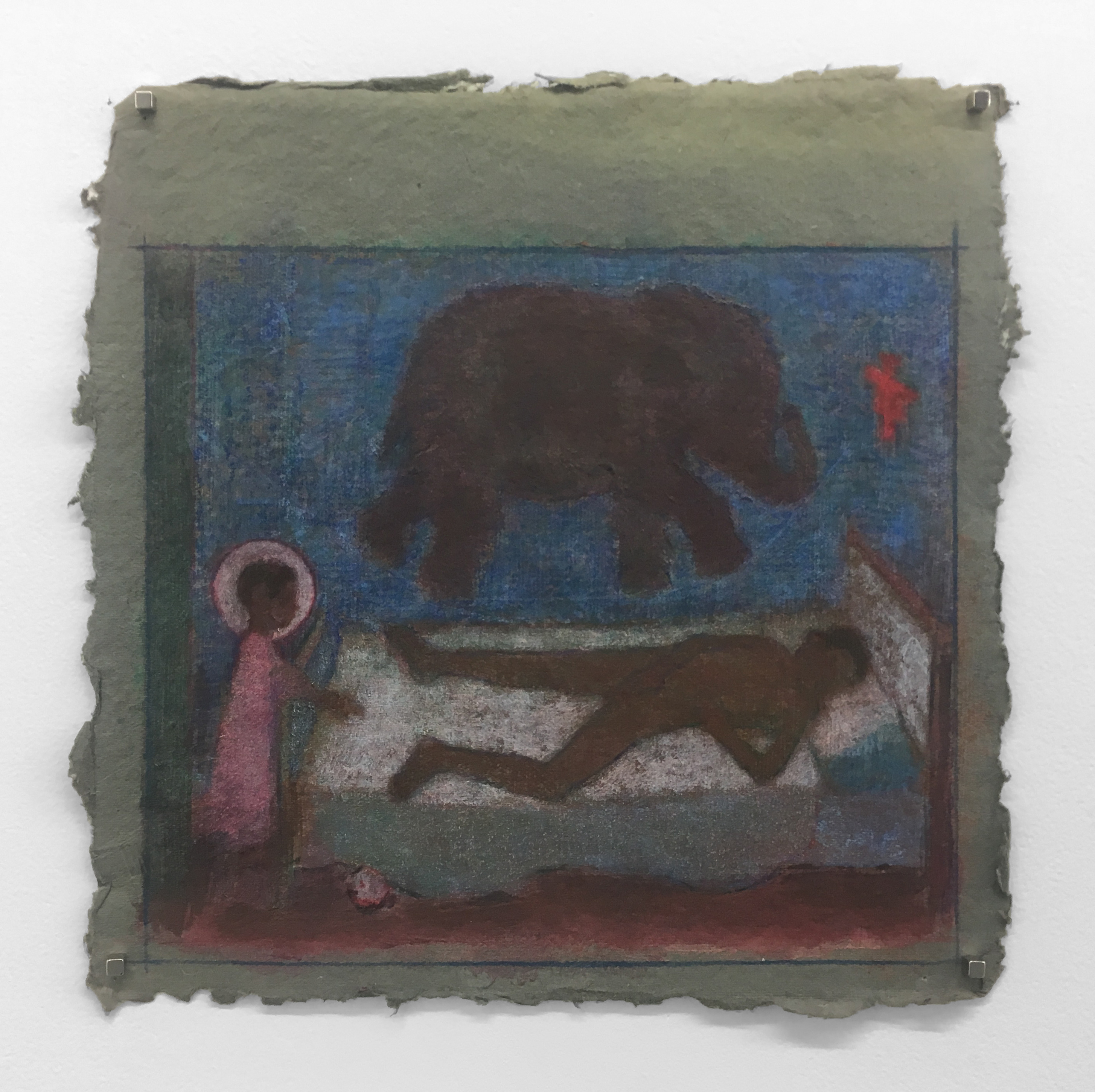 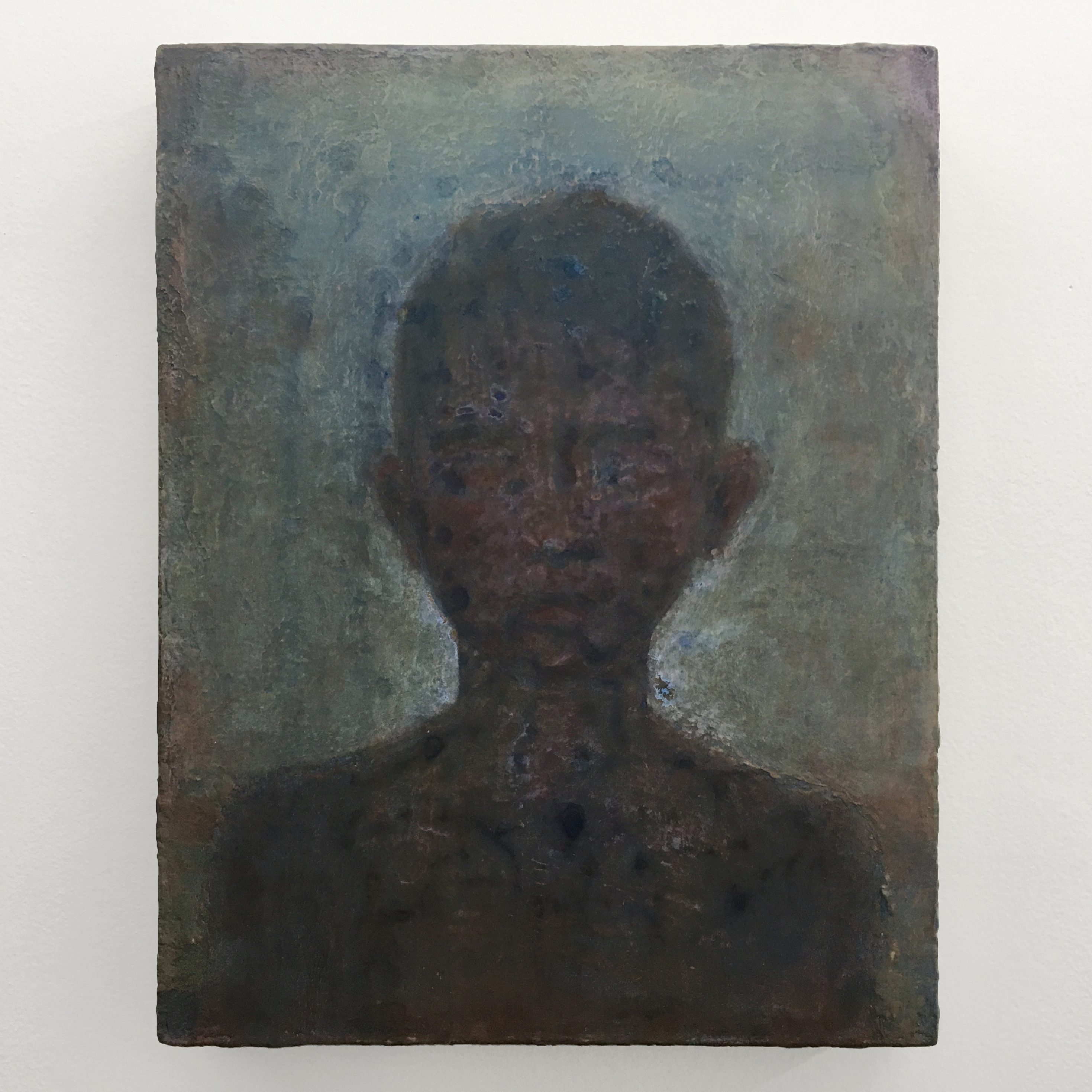 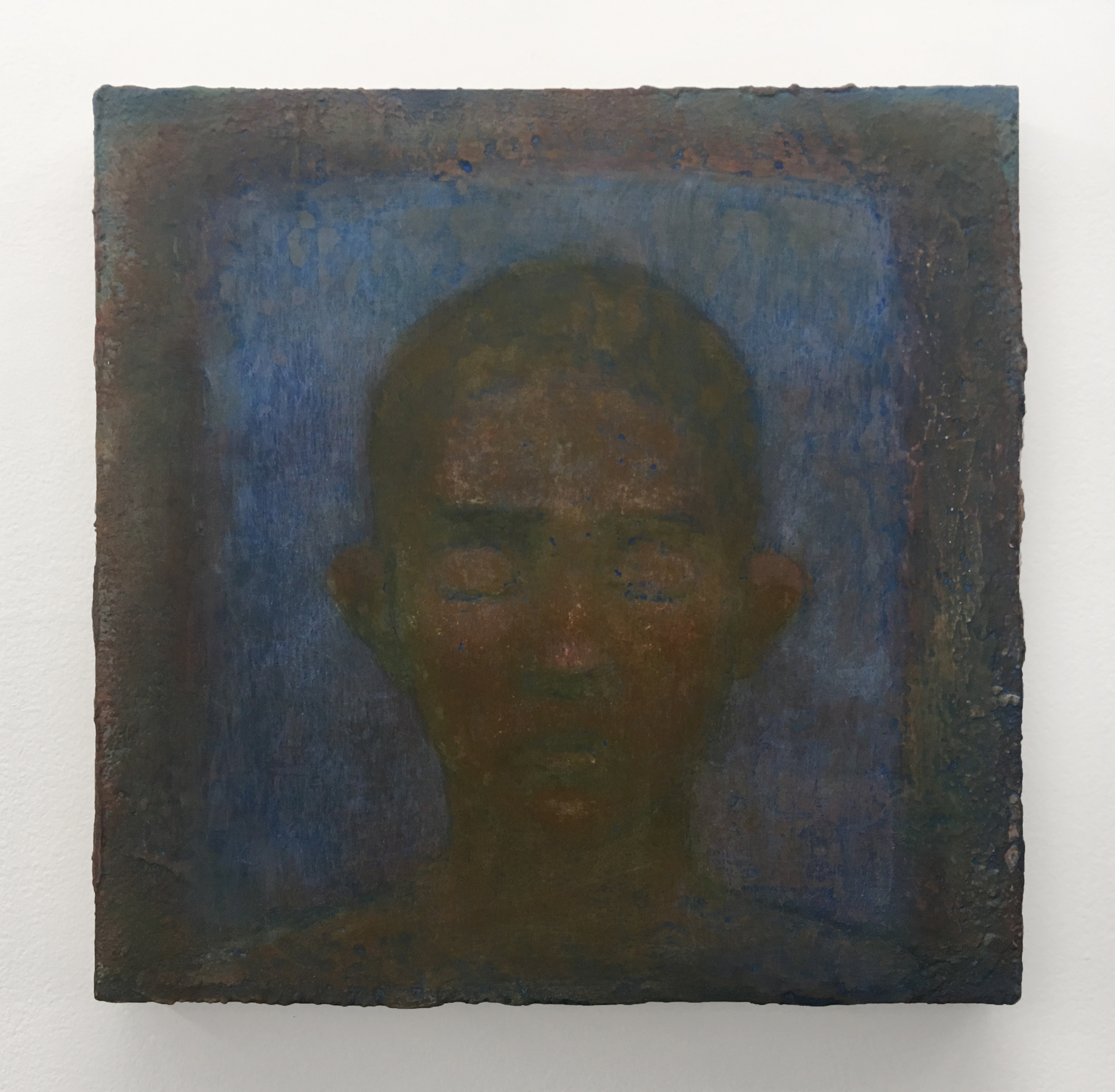 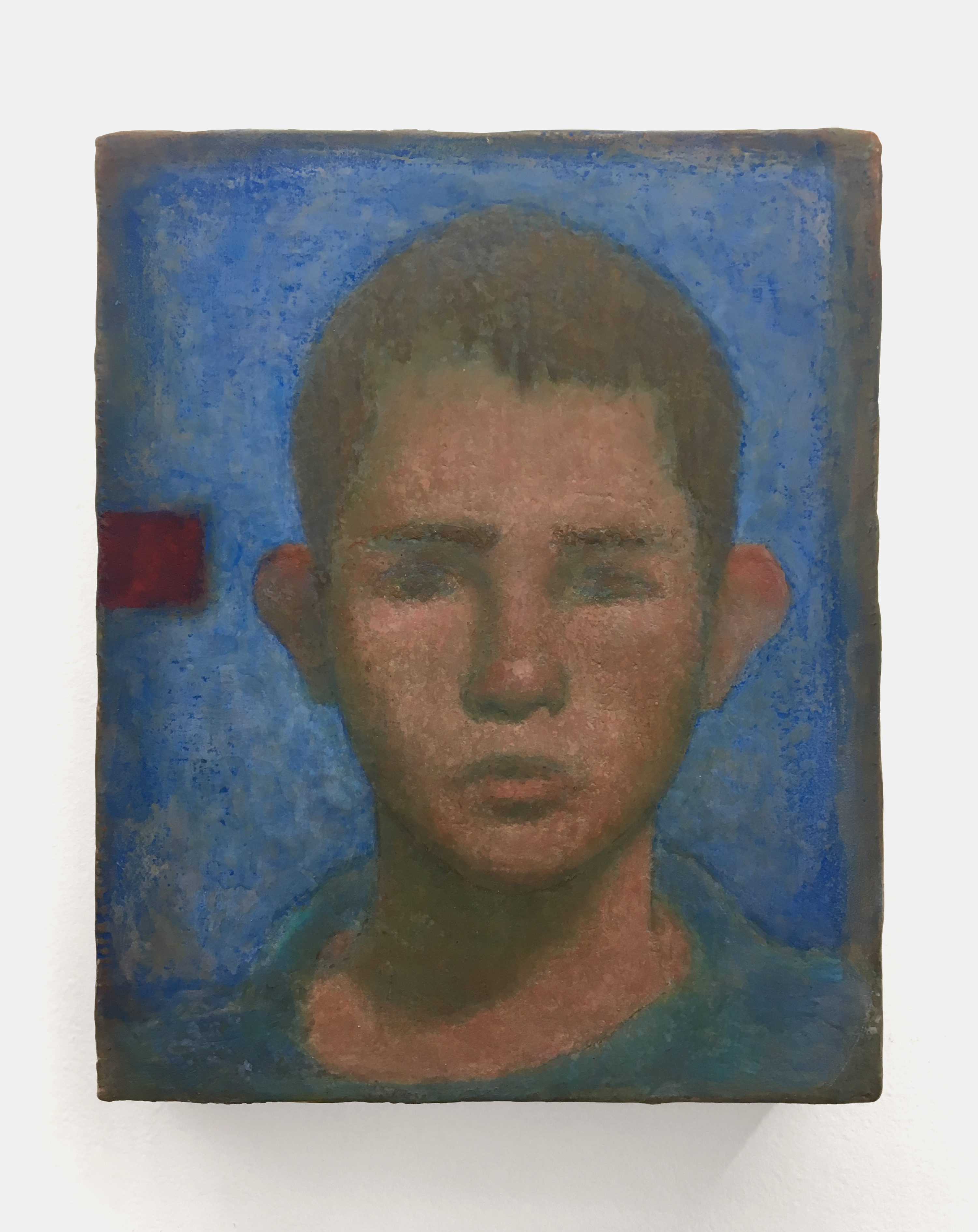